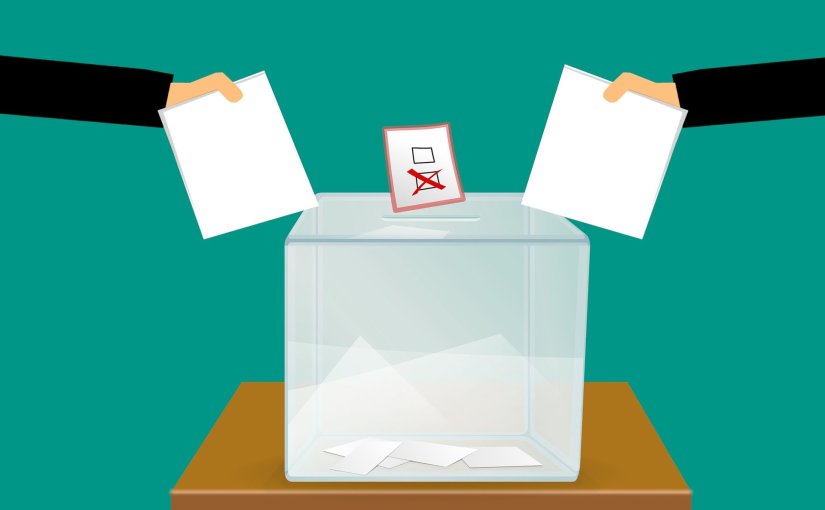 They should be foolproof

A recent story on National Public Radio drove home to me the scope of the problem of mail-in ballots. A woman described how she accidentally mailed hers without putting it into the second envelope that went inside the first one. Too late, she realized her error.

That’s because the technology behind ballots lags behind the high-tech reality of the rest of the world. Some ballots are sent by e-mail, a laudable step, but the format of some like my ballot from Virginia is more of a cross between a kindergarten crafts project and a Franz Kafka novel.

I print out a seemingly endless stream of ballot and instruction documents, which I then carefully study. Various columns offer different candidates for several offices. First come the candidates for president – easy. This is followed by the candidates for local judges, school board and city council members. I google them to check on their track record to see what they have accomplished so far in their lives, in office or elsewhere.

Some columns have just one candidate. That’s makes it easy, although I’m not sure that can be called a vote.

To cast my vote, I carefully fill in the oval next to the candidate’s name, and suddenly I am back at the Iowa tests in grade school. I am sitting at a long table with the rest of the third grade, spaced apart (rather corona-like, come to think of it) everyone sitting rigidly behind two sharpened No. 2 pencils. A god-like proctor gives a signal, whereupon everyone simultaneously picks up a pencil and starts coloring in ovals. We had been thoroughly drilled on the dire consequences of a pencil straying outside of an oval. After the prescribed time limit the proctor barks “Pencils down!” All comply immediately, in unison, placing our pencils on the table, test-taking machines in perfect synchronicity.

This was in the 1970s. Have we really not improved the technology since then? There is quite a bit more at stake here than determining whether budding 10-year-old cowboys in Montana are better at reading than their soon-to-be surfing counterparts in Florida.

The future of the free world is being threatened and here we are, worrying about keeping the pen inside the oval so our vote will be counted.

But I’m still not finished. Having completed the color-by-number exercise, I take out my scissors, tape and crayons. (All right, maybe not the crayons, but they were in the same box, OK?). Rereading the instructions carefully, I now get to construct my very own envelope that goes into another, outside mailer. The dashed lines for the folds are numbered one, two and three.

Oops, I folded number three first – are they going to throw out my ballot? I undo it and start over. I’m not going to forfeit my vote over a fold – and if so, would that be called a foldfeit? I’m sure as heck not risking anything as scary-sounding as foldfeiting.

Each state has its own format – ah, the joys of federalism! Some require this second envelope and others do not. I have two friends from Michigan who both consulted me for assistance in filling out their absentee ballots.

“Where’s the other envelope?!”

I was shouting at my friend Maria, who began rifling through the pile of ballot papers she had printed out. We were sitting at her kitchen table, piles of documents and laptop at hand, trying desperately to be good citizens of our homeland.

“It won’t count if you don’t put it in the other envelope! Find it – now!”

We shuffled the papers in a frenzied search for the elusive envelope.

But careful double-checking of page numbers and a magnifying glass for the fine print revealed that Michigan doesn’t require a second envelope. Whew! We nearly risked her ballot’s becoming a paving stone on the way to disaster.

There is a continental divide between the importance of the ballot and the difficulty it takes to fill it out. It’s like the scene in Zoomania where the hyperactive rabbit zooms (and I mean zooms, not Zooms) into the Department of Motor Vehicles to trace the owner of a license plate who is a suspect in a crime. The rabbit literally bounces with energy and is desperate to move fast, thrilled that his buddy the fox has a friend at the DMV who can help out. This friend turns out to be a sloth, who despite being named Flash, handles the problem, well, slothfully.

There must be a better way. If the government wants us to vote – and I am clinging to my belief that it does – they must make it more user friendly. Amazon could give a helping hand here. They continually tinker with their website to offer oh-so-easy purchases and have become the benchmark for the user experience.

Why not introduce one-click voting? I refuse to believe that isn’t possible. But even if security experts insist that printed ballots must be used, Jeff could probably help out there as well. Returning a product is the hard-copy version of one click: Print the shipping label and content list, pop them in the package and tape it shut. Voilà. I can’t imagine Amazon rejecting a returned package because I used leftover blue duct tape to close it, cut out the mailing label crooked or turned the package into an unidentifiable lump of tape and paper in the process. Not that I would ever send off a package looking like that.

Surely a team of UX experts could offer expert advice to voting officials. I don’t doubt that these people have good intentions, but the road to hell and low voter turnout is paved with messy ovals and crookedly folded ballots.

While we’re at it, why on earth do Americans still have to vote on a Tuesday, requiring them to take off work? In Europe they always vote on a Sunday – even here in Bavaria, where the powerful Catholic church has managed to squeeze countless religious holidays into the calendar. But even the staunchly conservative church here does not object to voting on a Sunday. Germans know the price of a shattered government, as every family bears deep scars from their last famously failed democratic episode.

Skipping church pales next to the danger of a failed democracy.

I was terrified that my daughter, away at college, would not follow the instructions on the second inside envelope, thereby rendering her ballot invalid. So I printed, folded and taped it, mailing it with a post-it note containing these motherly instructions, which I thought were fairly kind and subtle:

Upon receiving it, she texted me her translation of my message:

“I know that you’re a bit chaotic sometimes honey and I understand BUT IT‘S ONLY THE FUTURE OF MY GODDAMN COUNTRY AT STAKE SO if you could not fuck it up that would be great!“

She seems to understand the urgency of the situation. I hope voting officials do, too.